In South Africa, coastal assessment and planning has traditionally been undertaken separately for land- and marine-based areas. Although there is growing recognition of the importance of land-estuary-sea interactions and connections in the coastal zone, they are still poorly accounted for. There are also data and information gaps regarding environmental as well as social aspects of the coast. Consequently, coastal conservation and management need a stronger foundation for decision-making that takes into account the integrated nature of the coast as well as areas which are culturally significant and provide benefits to people through ecosystem services. CoastWise addresses these gaps by developing new data and methods for coastal assessment and planning in support of improved integrated management in South Africa, and by strengthening coastal literacy.

What unique issue is CoastWise addressing?

Integrated ecosystem assessments and spatial plans that both bridge the land-estuary-sea interface and draw on natural and social sciences are urgently needed to manage these systems sustainably for the future. CoastWise stands out by explicitly taking into account the benefits and values that local communities and stakeholders assign to coastal ecosystems and their services. It presents South Africa’s first integrated analysis of the coast for the National Biodiversity Assessment (NBA) and one of the world’s first national cross-realm systematic biodiversity plans for the coastal zone. CoastWise is using innovative digital solutions such as machine learning and digital outreach tools – among them new spatial layers fact sheets and a video policy brief – to improve the knowledge base for coastal assessment and management in South Africa and to translate scientific outcomes for decision-makers.

What has been achieved so far?

So far, CoastWise has

What else has CoastWise achieved?

Which work is currently in progress at CoastWise?

In what way has CoastWise contributed to coastal assessment and management?

Until recently, many assessments and management plans in South Africa considered the land-based and marine components of the coast as separate systems, missing the land-estuary-sea interactions. CoastWise supports South Africa’s mandatory NBA that serves as the basis for planning and management of biodiversity in the country, having produced the first integrated, cross-realm assessment of the state of coastal biodiversity in South Africa. The report includes a chapter on the key findings of the NBA Coast Assessment, priority actions, knowledge gaps and research priorities for scientists, stakeholders and decision makers. The data layers being produced in the various aspects of CoastWise – for example maps of ecological infrastructure, culturally significant areas as well as fluvial fans and plumes – are being incorporated into the spatial planning component that will identify cross-realm biodiversity priorities across the land-estuary-sea interface.

The products developed in CoastWise are being directly taken up in the national biodiversity assessment and planning processes in South Africa for implementation through land-use planning, estuary management, and marine spatial planning. By working together with the coastal provincial planners, it ensures alignment and uptake in the land-based coastal provincial spatial biodiversity plans, with the prospect of coastal biodiversity priorities to be included in the next iteration of the National Coastal and Marine Spatial Biodiversity Plan. Some of the data layers (including initial versions) developed as part of CoastWise have already included in the latter plan, which is forming the basis of the biodiversity sector’s input into the National Marine Spatial Planning process in South Africa. Priorities for improving future versions of the cross-realm coastal biodiversity assessment NBA have also been identified.

What has changed for coastal communities through the work of CoastWise?

The biodiversity assessment and spatial prioritization work has benefits for coastal communities because there is implementation through land-based planning, estuary management and marine spatial planning to protect, restore and sustainably manage the identified biodiversity priority areas. This spatial prioritization takes into account culturally significant areas and ecological infrastructure that delivers important ecosystem services. The coastal planning included such ecosystem services and used methods developed in the project for equitable benefit sharing. As South Africa looks to expand its protected area networks, these cross-realm biodiversity priority areas also inform those processes. Aligning biodiversity priorities with those of cultural significance and social importance help to secure these sites that are essential for coastal communities in a natural to near-natural state for future generations.

CoastWise published scientific papers and reports on the assessment of the state of coastal biodiversity in South Africa.

CoastWise convened stakeholders from a range of target groups in South Africa, including policy makers from national ministries and authorities, coastal and estuarine scientists and managers, and practitioners.

CoastWise published scientific papers and reports on the assessment of the state of coastal biodiversity in South Africa. Challenges in collecting fishing data, actual data on fishery, fish stock assessments and sustainable fishery in the East African region.

CoastWise convened stakeholders from a range of target groups in South Africa, including policy makers from national ministries and authorities, coastal and estuarine scientists and managers, and practitioners.

How does CoastWise benefit society in South Africa?

It is vital to secure and restore places where ecological infrastructure is providing benefits to society through ecosystem services like coastal protection and enhancing health and well-being through nature-based sports and recreational activities. Further, the resources on which many South Africans depend, like small-scale fisheries, must be secured and sustainably managed for the long term to maintain their livelihoods. The products developed during CoastWise provide a strong foundation from which coastal managers can make more informed decisions. They also serve as a starting point for products like the NBA and cross-realm Map of CBAs and ESAs that can be iteratively improved over time, further strengthening the basis for sound integrated coastal management and policy development. This is also made possible through the numerous communication products that CoastWise is developing to enhance coastal literacy among decision-makers, policymakers and the public.

How to protect our ocean (if money weren’t an issue) 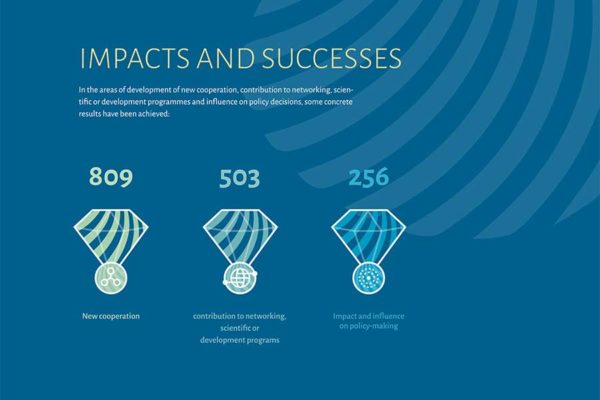 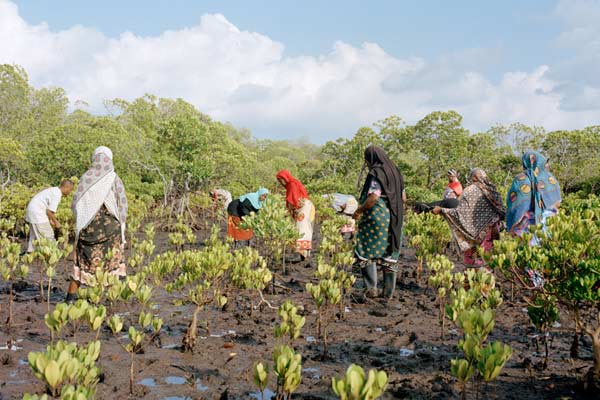 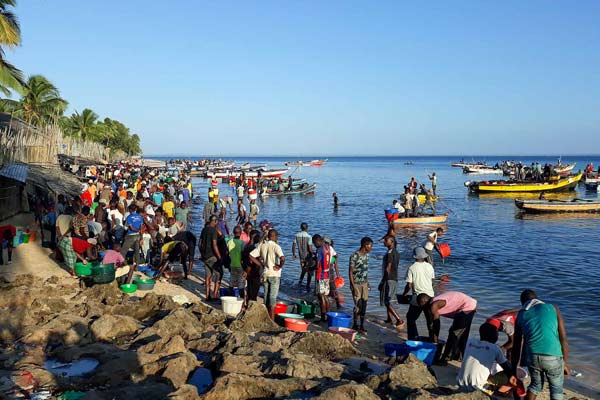 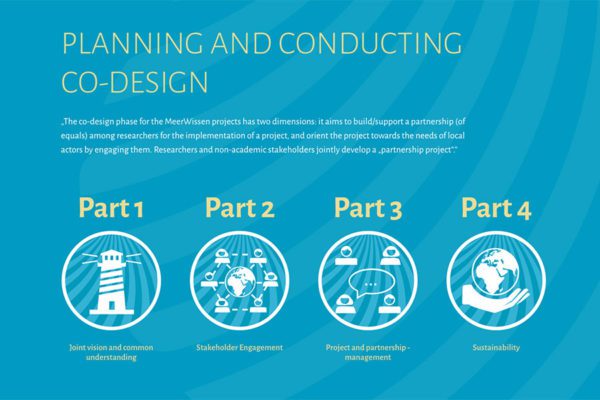 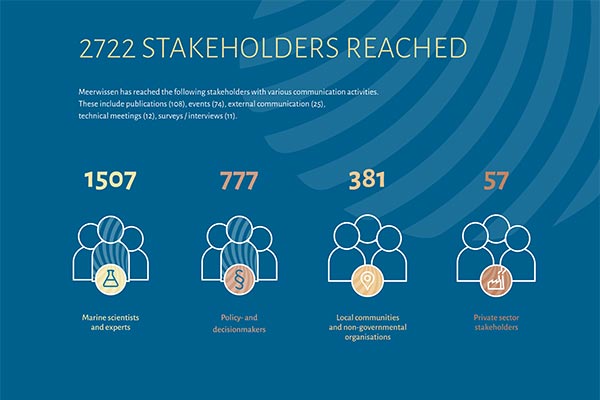 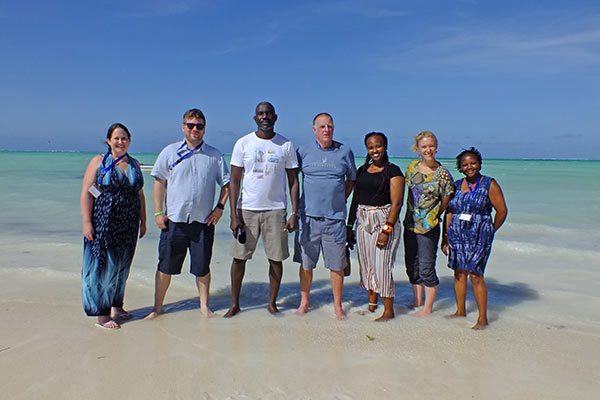 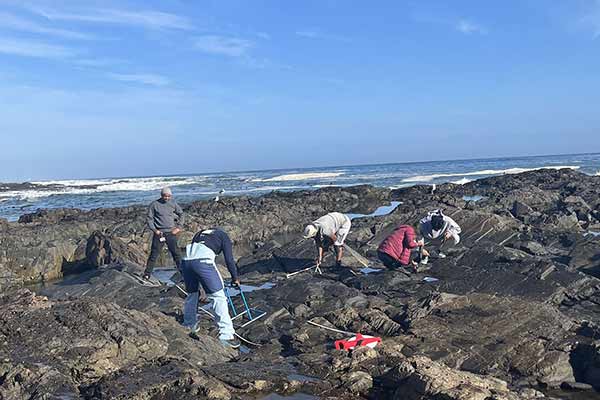